Cities of Refuge for the Unvaccinated 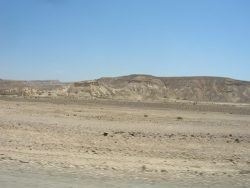 I am an unvaccinated British and Israeli citizen, living in Nahariya. I am very concerned about the direction that the Israeli Government has taken in regard of corona vaccines. The mRNA vaccination developed by Pfizer is a completely new type of vaccination, the medium and long-term effects of which are still largely unknown. Most of the population has waived fears of potential side effects from the vaccine and have taken the plunge, often under pressure from their employer, family or friends, the media and their Government. Although true experts like epidemiologists, scientists, and high-ranking doctors have debunked the pseudo-scientific rumor that asymptomatic people can spread infection(1), PM Naftali Bennett has likened unvaccinated (but healthy) people to “terrorists” carrying a machine gun around in the street. He has blamed the unvaccinated for the Government’s harsh lockdown policies which should never have been employed in the first place, according to the recommendation of many scientists and medical experts.

Journalists have jumped onto the incitement wagon, cursing the unvaccinated every time they get out of the wrong side of bed in the morning and stub a toe. Radio host Razi Barkai, said that we should be put on trial just like any traffic offender who has run a red light. Dan Shiftan, in an article in Israel Hayom, called for sanctions against the unvaccinated. He compared us to murderers and peadophiles. Prof. Galia Rahav has called healthy, unvaccinated people “parasites” for the crime of not wanting to receive a completely new, unproven vaccination, although its test trials were disastrous. Media personality Avri Gilad called us “murderers”. These statements are not only lies, they are slander of the worst kind. The fact that unscientific expressions of hatred toward a specific group of people are published uncontested in Israel’s media, shows that Israel is in the twilight of her existence as a liberal democracy. In the meantime, young people, who have almost no risk of dying from Covid 19, are being driven by careless journalists and politicians to take a vaccine that increases their risk of death by heart failure and other causes.(2) Clearly the health and wellbeing of Israeli citizens is not the real concern driving these journalists.

Now the Government has brought the Green Pass back into effect and I and my family are no longer able to go to the library (access to books is granted only to those who are Government approved), to the swimming pool, or to the kindergarten or school where our children studied. We and our children are again unable to visit Grandma. We have been completely turned out of cafés where previously we were at least allowed to sit outside (in the sweltering August heat). All this when my husband served in Lebanon in a combat unit in the Israeli army. The betrayal of citizens by the state is unbelievable.

The incitement against us is not only completely unreasonable, it gives us a taste of what is in store for the unvaccinated. Although we are no longer deemed worthy to access books, we have not forgotten what we learnt about the period in Germany leading up to the holocaust and the striking similarities in the propaganda spread against the Jewish people at the time. The amazing thing is that the propaganda was successful. The whole nation believed that Jews were dangerous, they were spreaders of disease, they were a lower form of humanity. This and the unending compliance of the German nation with Government regulations and restrictions aimed against Jews, led to the eventual removal of Jewish people from their homes to concentration camps. From those camps, six million Jews were systematically murdered and their corpses burnt, thrown into mass graves, or made into soap. Most of the German nation had been so brainwashed by that time that they thought this was necessary, even good.

Today, our society believes the unscientific rhetoric spread in the media against unvaccinated people. Of course, this policy of incitement has been deliberate and is no accidental occurance. Logic and science have proven, to the contrary, that the waves of new covid mutations can only be stopped by virtue of people who have not been vaccinated but who have recovered from COVID-19. This type of natural immunity conveys immunity for life against COVID-19 and all of its mutations and thus stops spread.(3) International vaccine expert Geert Vanden Bossche has even been so brave as to state that it is the mass vaccination program during a time of pandemic that is driving the formation of mutations. He explained the mechanism by which this occurs. This not only makes sense, it corresponds with the fact that the mutations began appearing concurrent with the rollout of the vaccination program.(4)

But logic and reason don’t come into play here but rather the tyrannical overlording of big pharma companies who have held our Government to ransom. I understand the pressure. Minister Yifat Shasha Biton strangely changed her tune concerning vaccination policy following the murder of her advisor on Arab affairs. I do not know that the murder was related to these issues but still the change of policy was striking. I believe the pressure on key decision-makers must be truly immense. Even so, each one will be held personally responsible in the end for their personal roles and decisions, as the truth of this scandal will emerge to light with time.

My appeal to the Government

I want to request of the ministers of the Government one thing. I understand if big pharma is holding you to ransom. I don’t expect that you would risk your lives or reputations. All that I would appeal to is your human mercy. As it is, we, the unvaccinated, are waiting for the rhetoric to be stepped up more and more, for the restrictions to become ever more cruel, until finally we will be under permanent lock-down in our homes if we do not have a Green Pass(5). It will not stop there, if we can learn anything from history, but from permanent house arrest, we will be removed from our homes and placed in ‘quarantine camps’. History also teaches us that it will not stop there but will proceed to extermination. I appeal to you: stop this. Make a way for us to escape this fate. We will not surrender to this vaccination even if you go to such lengths. Give us an exit route. I ask that you would give us cities of refuge for the unvaccinated – green-pass free zones.

The existing cities of Israel, even in the Negev, are largely vaccinated. We cannot be added to an existing city. Please, give us new cities. We don’t even expect you to build them for us. We will build them ourselves with our own resources. We will buy the land from you, sell our properties in the prime, populated areas and move out to the cities of refuge. This would allow us to infect each other with Delta variants (if that’s what you choose to believe) and leave the rest of the vaccinated population alone. Since your policies are interminably and increasinly directed toward exclusion of unvaccinated people from society, this would ultimately serve your aims and might give us an opportunity to live. Albeit in a ghetto, but at least we might live, with the help of God.

Don’t let this crime rest on the head of this Government – the crime of harrassing us to the point of extermination. Give us an escape route. This is not a policy decision that big Pharma could hold you to ransom over. Then, when the truth is exposed, at least you would have this point in your favour, that you gave the unvaccinated a way of escape.

God required Israel to provide protection, cities of refuge, for those who had unintentionally killed someone. The unvaccinated have no intention of harming anyone (the evidence also shows that we are not dangerous) but we are considered murderers by the Israeli leadership and media. Since you consider us murderers, we ask that you would please provide cities of refuge for us and give us land for settlement in the Negev. This could give Israel new settlements in an unused and barren land area and relieve some pressure on the densely populated communities. These settlements would also be far from populated areas, so we could be nicely out of the way.

1 thought on “Cities of Refuge for the Unvaccinated”