What is the Sign of Jesus’ Coming in Glory? 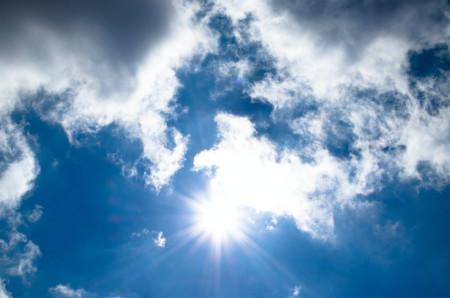 PreWrath is dominant and has caused much confusion. It places much emphasis on the cosmic events of the 6th Seal. Because of this, it has caused many, including myself, to think that the actual sign of Jesus’ coming is the cosmic events of Matthew 24:29, where it says “the sun will be darkened, and the moon will not give its light; the stars will fall from heaven, and the powers of the heavens will be shaken.” According to many PreWrathers, since this is THE sign for Jesus’ coming, it must mean that the almost identical cosmic events of 6th Seal and Matthew 24:29 are speaking of the same event and therefore must signify Jesus’ second coming in glory. Otherwise, you’d have the distinct sign of Jesus’ coming appearing twice.

“there was a great earthquake; and the sun became black as sackcloth of hair, and the moon became like blood. 13 And the stars of heaven fell to the earth, as a fig tree drops its late figs when it is shaken by a mighty wind. 14 Then the sky receded as a scroll when it is rolled up, and every mountain and island was moved out of its place.”

“the sun will be darkened, and the moon will not give its light; the stars will fall from heaven, and the powers of the heavens will be shaken.”

Well, first of all, there is a considerable time gap between the 6th Seal and the cosmic events of Matthew 24, with many events taking place in between.

However, this is beside the point. The important point to note is this:

Both the cosmic events of the 6th Seal and the ones in Matthew 24 do NOT constitute the sign of Jesus’ second coming. The Sign of Jesus’ coming is in the NEXT verse in Matthew 24, verse 30: “Then the sign of the Son of Man will appear in heaven”. This means the sign of Jesus’ coming appears AFTER the cosmic events in the previous verse (29). The sign is DISTINGUISHED from these cosmic events by the word “then”. And this sign is most probably referring back to what was mentioned in verse 27: “For as the lightning comes from the east and flashes to the west, so also will the coming of the Son of Man be.” This signifies the end of the great tribulation and the beginning of the millennial reign of Christ.
The darkening in the Olivette Discourse, caused in this case by the cosmic events described Matthew 24:29, then the strong light that follows it, are also found in Isaiah 60:

“Arise, shine; For your light has come! And the glory of the Lord is risen upon you. For behold, the darkness shall cover the earth, And deep darkness the people; But the Lord will arise over you, And His glory will be seen upon you. The Gentiles shall come to your light, And kings to the brightness of your rising.” (vv. 1-3)

So the sign of Jesus’ coming is not the falling stars and the darkening of the sun and moon, as many PreWrathers claim. The sign is the great light of His glory shining in the heavens after this great darkness.

Now, darkenings are not a distinct event during the tribulation period. There are several, such as the 6th Seal, the 5th trumpet and the 5th bowl, to mention about half. The great light of God’s glory does NOT appear after any of these (including the 6th Seal and Joel 2). This means none of these darkenings are a candidate for the sign of the second coming. Most importantly, Jesus’ return is not even mentioned in these passages. In contrast to these, the sign of Jesus’ coming with great light appears in passages mentioned beforehand and that speak of the end of the 70th week, like Matthew 24:27-30, Isaiah 60:1-3 and Zechariah 14:6-7:

“It shall come to pass in that day that there will be no light; The lights will diminish. It shall be one day which is known to the Lord—neither day nor night. But at evening time it shall happen that it will be light.”

So the sign of Jesus’ coming is the great light in the heavens, not the great darkness caused by falling stars. His coming only occurs when a great darkness is followed by a great light, which appears only at the end of the 70th Week Tribulation period, and not any time before that.